One of the reasons for this blog is to sell books. Lots of books. Books for people who would otherwise be normal and well-adjusted to whatever it is people are supposed to be adjusted to. Don’t say I don’t do you any favours.

The most rational question you can ask any writer is “Why?” The next most useful question is “How?” There’s a long backstory to both, in my case.

My books are to some extent a reaction against literalism and pedantic writing styles. I find the idea of explaining everything to readers both patronising and pointless. To me, that style of writing takes the freedom of interpretation and the fun of reading away from the reader.

Far worse, the mechanical approach to writing is pretty unrealistic. I know “trained writers” (bizarre expression if ever there was) are taught to manage plot lines, describe things to death, etc. Real life isn’t so informative, on any level. The assumption that everyone in a book is somehow easily integrated in to a real life situation is just wrong, on so many levels.

In fact, most of the “crises” in fiction are apparently based on so many assumptions that I find fiction simply not worth reading. It’s grim to watch a writer piecing together a character. It’s a very arbitrary process.

The hero obviously MUST be some sort of natural hero. In practice, there are very few natural heroes. Most winners of medals don’t win them as some sort of career move. In fact, when someone asked what it took to win a Victoria Cross, the recipient of the VC said, “Inexperience”.

As for the endless pasta machine of fictional passion… Bleah. “She looked in to his virile eyes and said…” Yeah, right. The only good thing that I can see about fictional sex is that it is fictional, for which humanity may be truly thankful. Such banal sex could only produce generations of clichés.

If you treat your writing like an office job, that’s exactly what you’ll produce – Yet another grinding form of middle class tedium, except that if it wasn’t for you, this verbal atrocity wouldn’t exist.

If it’s not fun and interesting, why in the name of deeply offended pronouns are you writing it at all?

You could bury it somewhere. Nobody would ever know…

…They decided to have a cup of tea (presumably after a committee meeting) and Martha (described in murderous detail down to minor skin conditions by the author) thought she’d put out the nice cups with the flowers on them. Her friend Mabel (whose presence and status in the current part of the story the idiot writer should have established long before this thrilling passage began) went looking for the napkins.

You can fill libraries with this useless and truly lousy babble, and it’s considered “normal writing” by some pedant who just happens to be working for a publisher. Who wants to write this snivelling rubbish?

Another irritating assumption in modern writing, or any sort of writing, is that you “must have a protagonist”. That’s right – Every story must be some sort of contest. All issues and conflicts, however shallow, must be clearly defined for the quite possibly dead or comatose reader, who obviously isn’t really reading the book because they have to have each passage explained.

Then there’s “credibility”. Credibility in writing characters in fiction is a strange occupation. How many people do you know well enough to spend 200 pages establishing their credibility as characters? It couldn’t be many.

In “reality”, that tactless thing, your actual knowledge of people only goes so far, and probably wouldn’t be allowed to go any further by most real people.  Yet writers are supposed to define characters to a forensic degree impossible in real life. The lucky reader is subjected to this barrage of information regardless of the fact that a lot of it can’t possibly have much to do with any storyline.

Another issue with all this “busy work for authors” as though we’re not busy enough, is that character and other descriptions are done on a cookie cutter basis. You must know about the vase on the table, for example. The slightly sleazy den of vice is apparently cleaned regularly and otherwise would be a good subject for a lifestyle magazine, etc. The sinister character is described optimistically as looking sinister. Most real sinister characters, in fact, are pretty good at looking quite harmless or even friendly and likeable, like most con men.

It’s crap. It’s long outdated crap, too. That’s why I refuse to write it. I can’t claim any particular credit for not writing this banal bullshit, but I feel I should explain why I won’t.

The overall assumption seems to be that all readers are idiots, and/or barely out of the bassinet, which is also totally wrong. Who wants to write dribbling useless obsolete garbage for morons? I don’t.

The Threat-Hamster books are all about visualisation. This is a world of unfamiliar things, in which the reader is quite free to interpret and see the different scenarios and situations as they wish. The characters are immortal, the setting is infinity, and everything flows from that basic environment. (So there!) 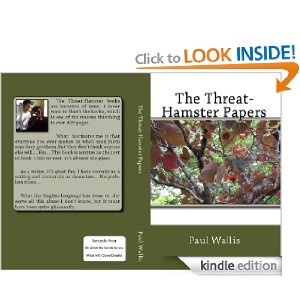 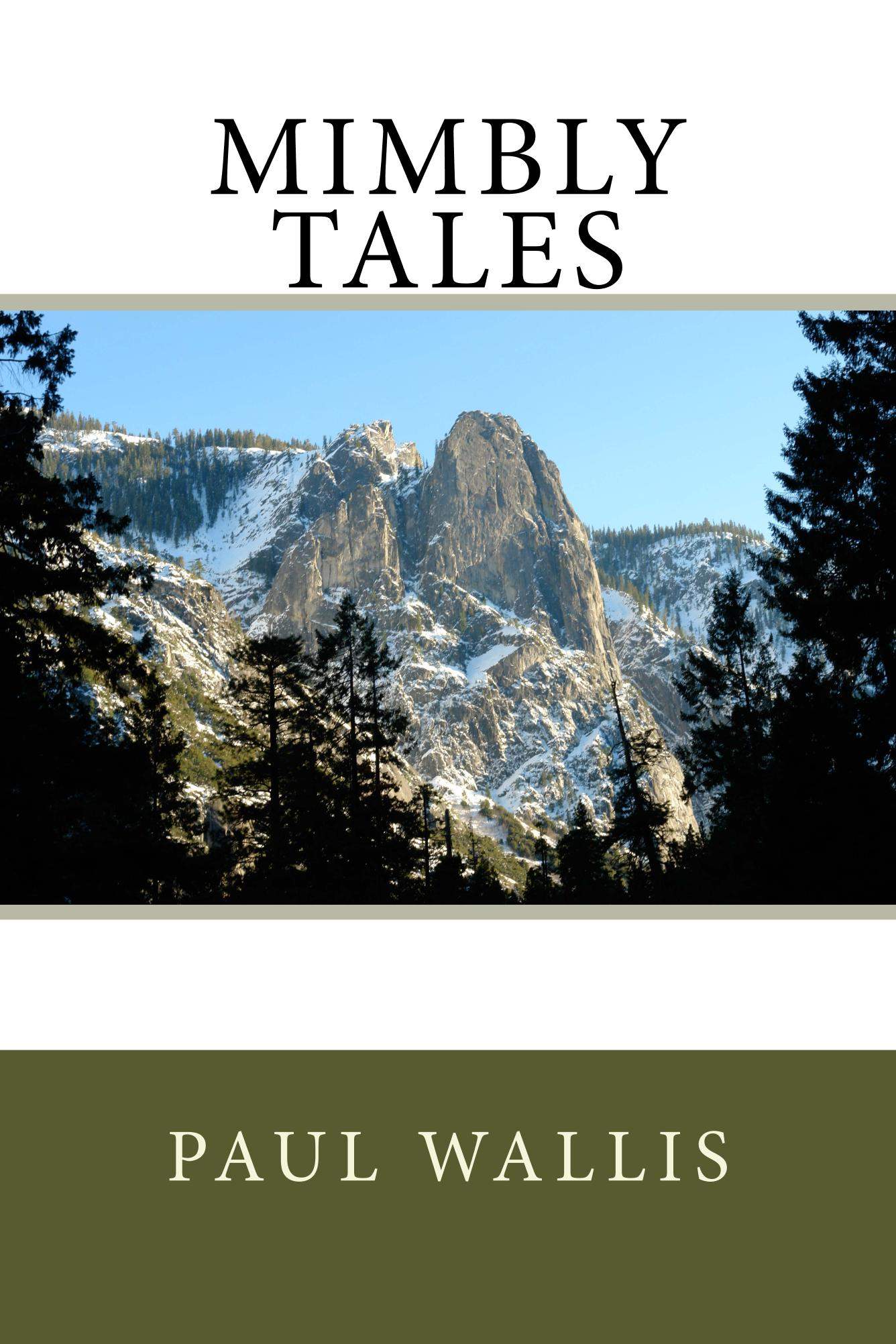 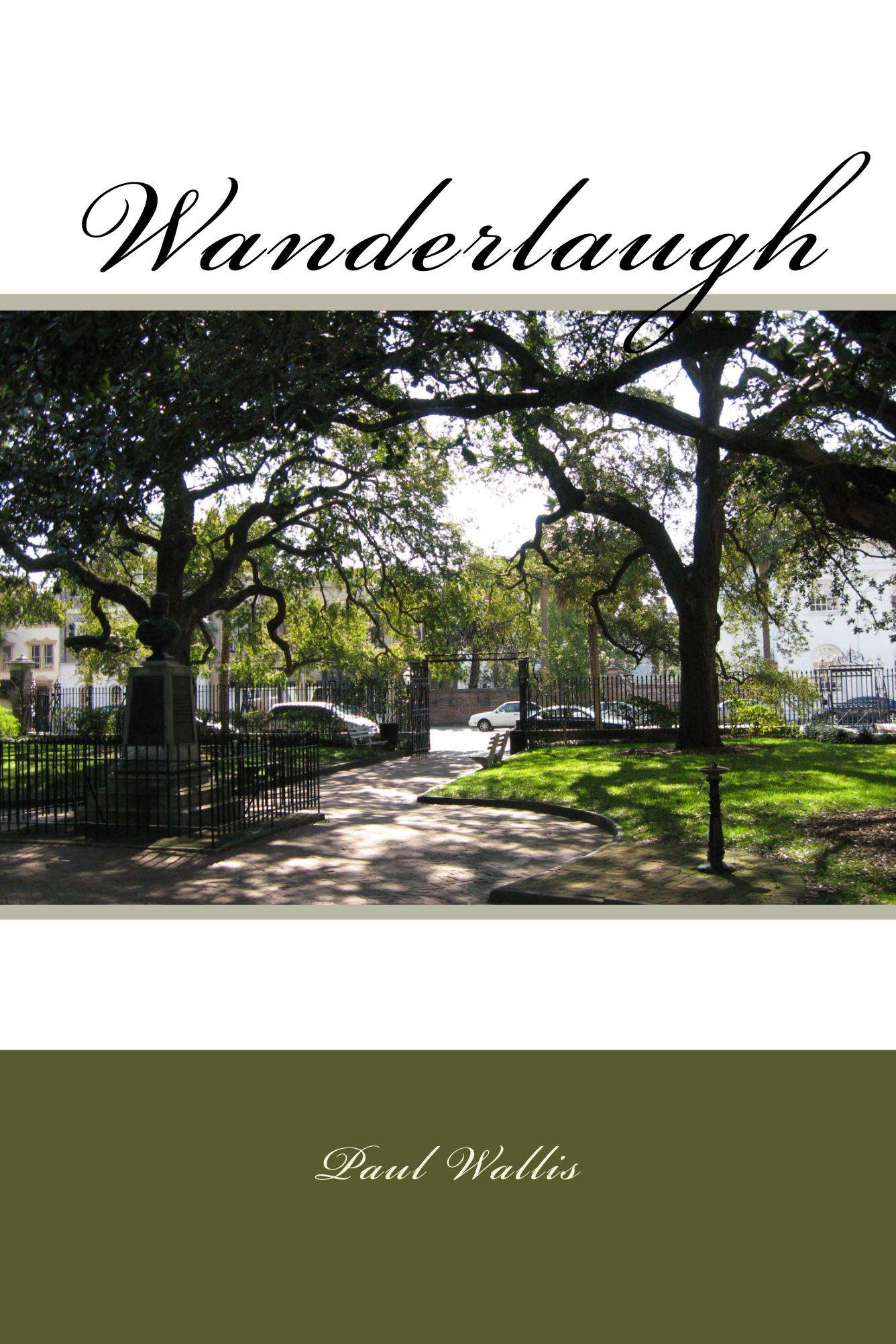 Excuse this primitive 1980s listing layout. WordPress, for some reason, hasn’t seen fit to make it possible for these images to be properly laid out in a row. I don’t want to know, nor do I care, why. This is what happens when you put morons in a room and get them to screw up a perfectly good blogging platform.

That’s called “positioning” and that’s exactly what these books are about- The ability to address any subject by allegory or by direct comment. If a bit of something interesting should happen to creep in, so be it.

I threw out all the baggage of conventional writing before I even started writing these books. Some things in these books, for example the visual appearance of the characters, are not explained at all. You can read all three Threat-Hamster books and all you’ll find out by way of description is that one of the characters is an ash blonde. The storylines are based on extended logic, largely derived from the characters. These books are supposed to be fun, interesting, and enjoyable. 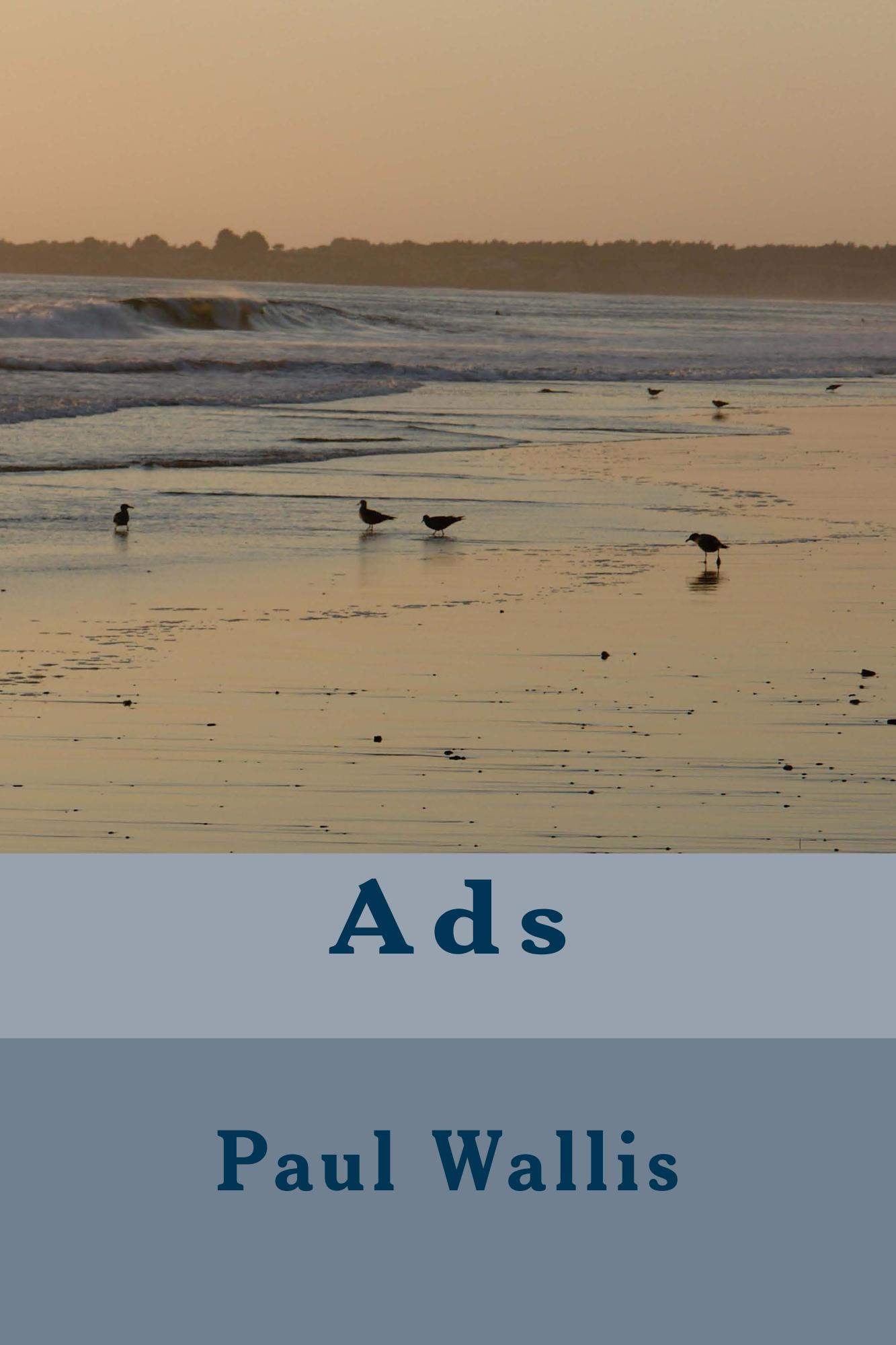 I’ve certainly learned a lot from my characters. As it turned out, the only “normal” book that I’ve ever written, Ads, was actually based on a more or less logical development of the characters. In some parts, they more or less wrote the book for me, and I just came along for the ride.

Humour is a practical occupation for me. Anything that lacks humour lacks intelligence, by definition. I’m happy to turn anything in to a form of satire. Any fool can write “the cat sat on the mat”; making that fascinating bit of information an interesting experience for readers that’s actually worth reading is to my way of thinking much more productive and far more useful.

Some of the books are non-fiction. Dear Buckley, for example, is a book about Australia toned down slightly to make it more readable and less abusive than I would otherwise be on these infuriating subjects. I’m an opinionated bastard, and the tendency to rant had to be brought under some sort of control, however nominal, just to get from start to finish. God knows there’s enough to rant about on that subject.

A few books are written from experience – 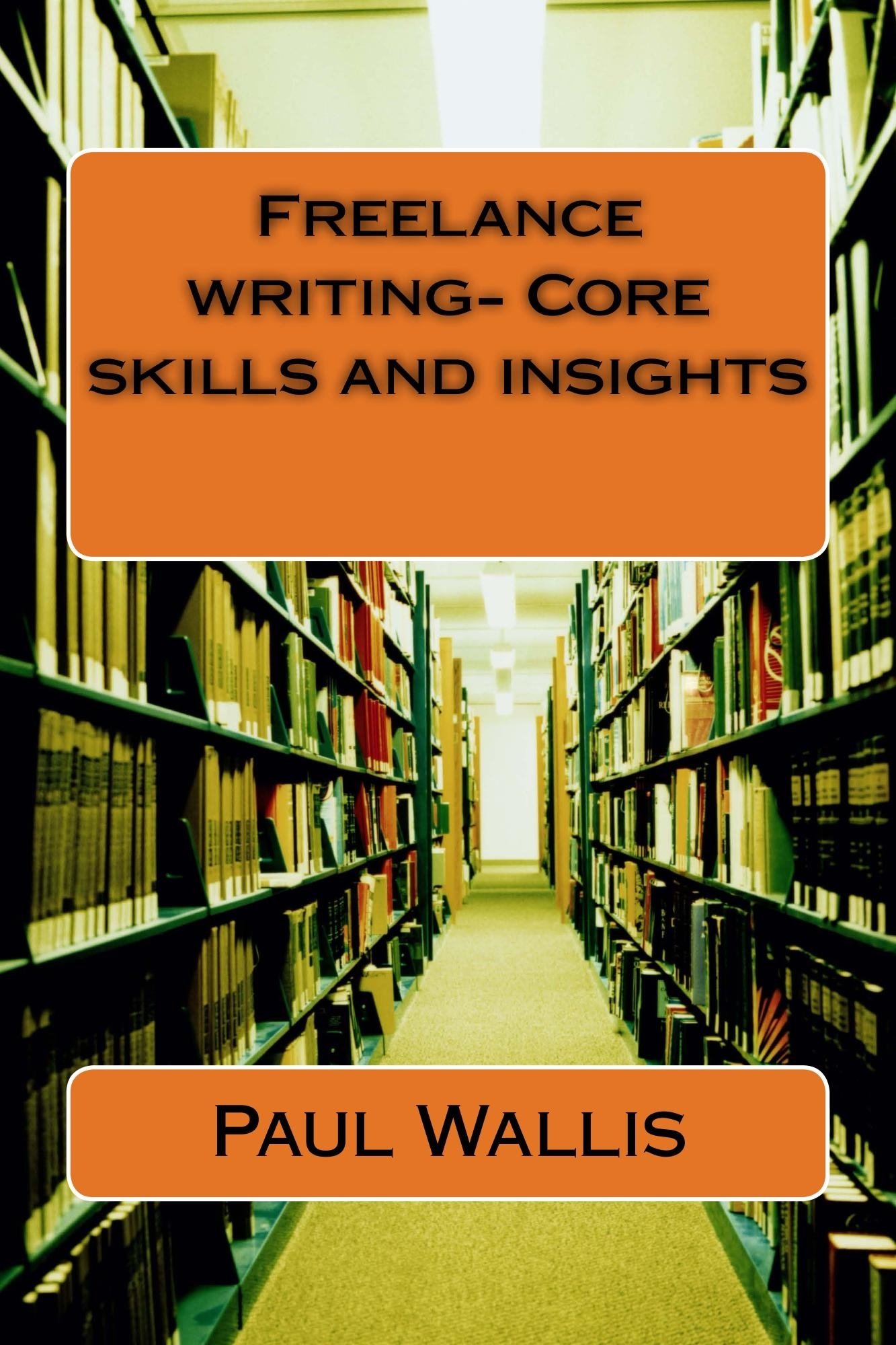 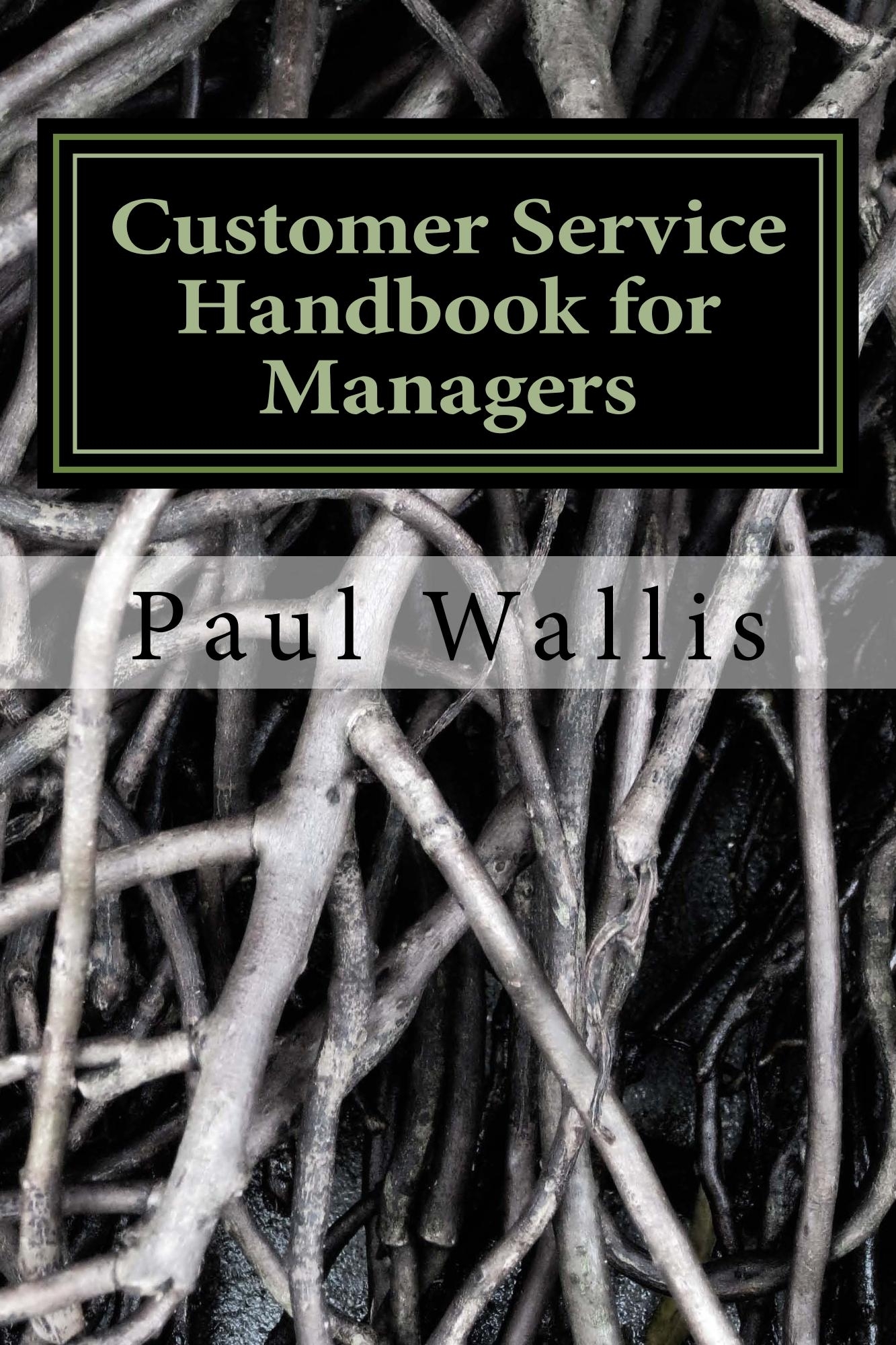 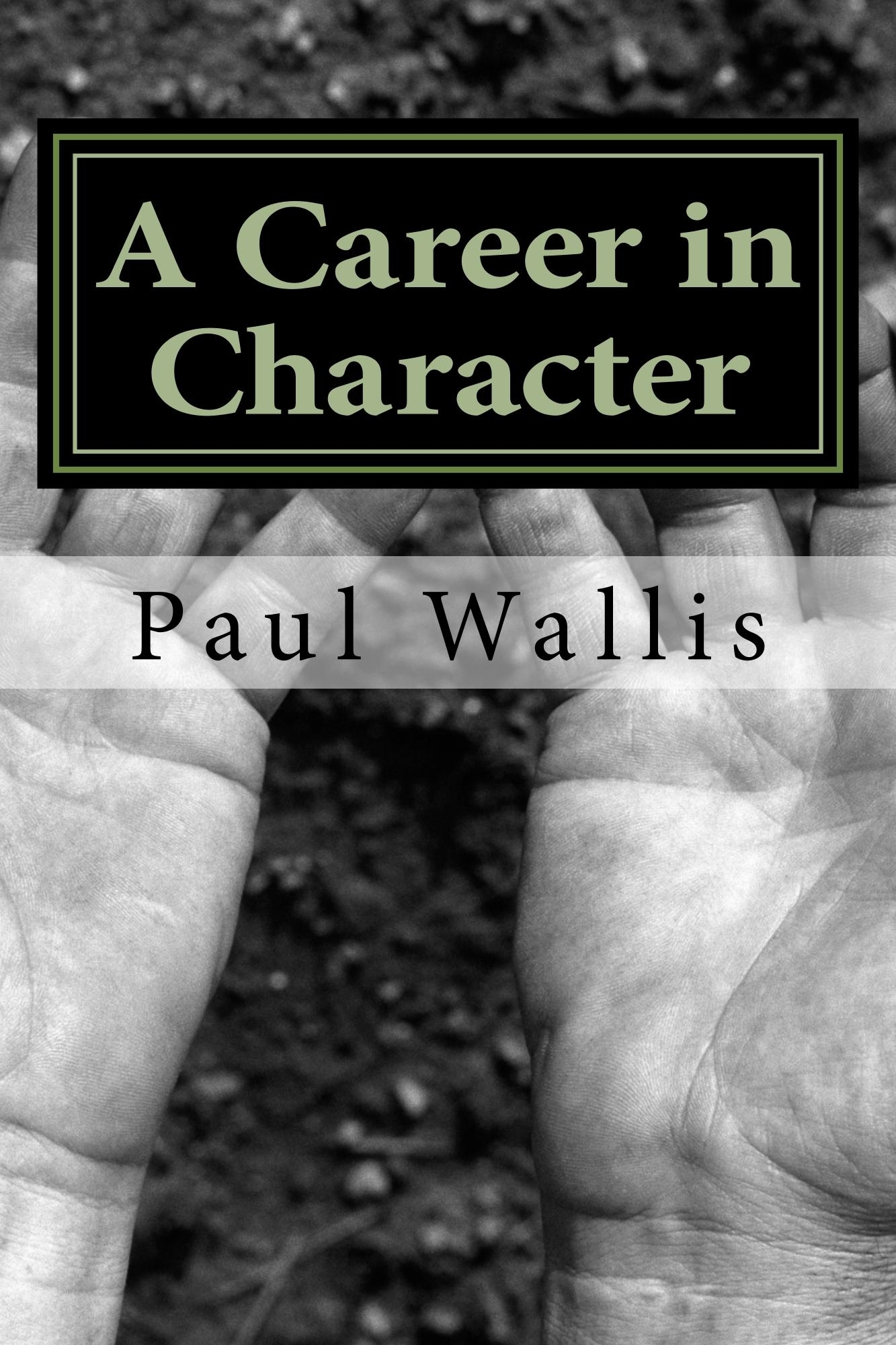 Freelance Writing is all the stuff I wish somebody told me when I became a freelance writer. I think it is useful for writers who are disoriented by the commercial environment and are looking for some practical advice.

Customer Service Handbook for Managers is the result of 20 years’ experience in customer service in the public sector. I used to take phone calls from people who were astonished that they had finally got through to somebody who was actually listening to them. To this day, it gets on my nerves when I see customer service which is apathetic and indifferent. It’s terrible business practice.

A Career in Character is based very much on my experience in the employment industry. I read so many things which basically dictated to the reader how they should feel about their career options. It was insulting. Worse, it was almost totally useless. 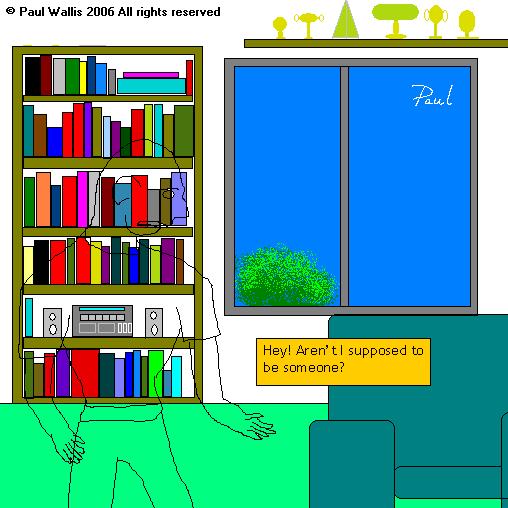 The sheer number of people trapped in jobs which they hated was one of my first and most vivid experiences in the sector. I spent literally years listening to people being corroded by serious stress, not doing what they wanted to do, and suffering. This book is basically about self-assessment. I stay right out of it, and try to give readers something which they could actually use as a working option for considering their own career paths without the interference of other people. 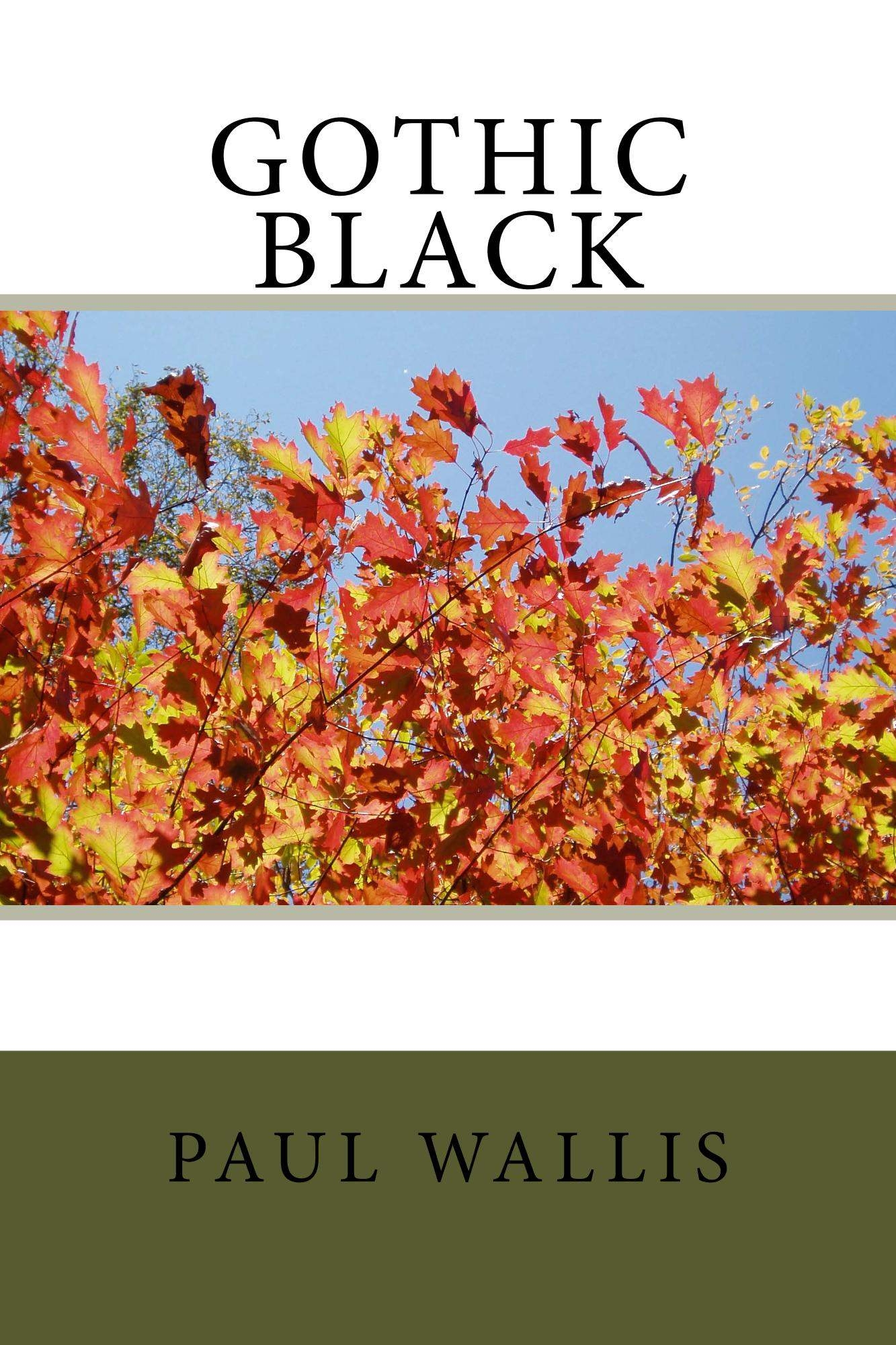 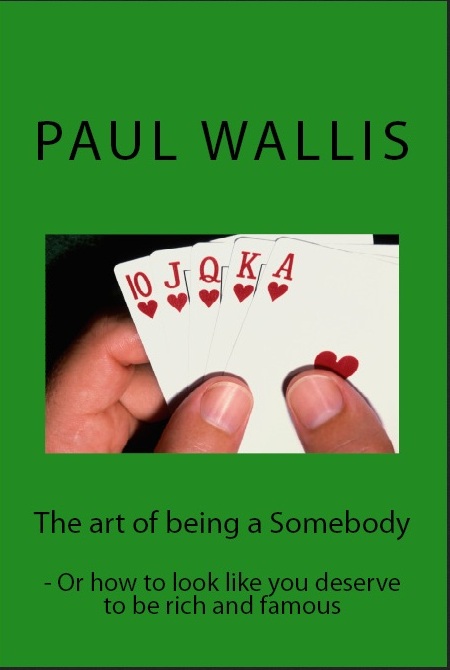 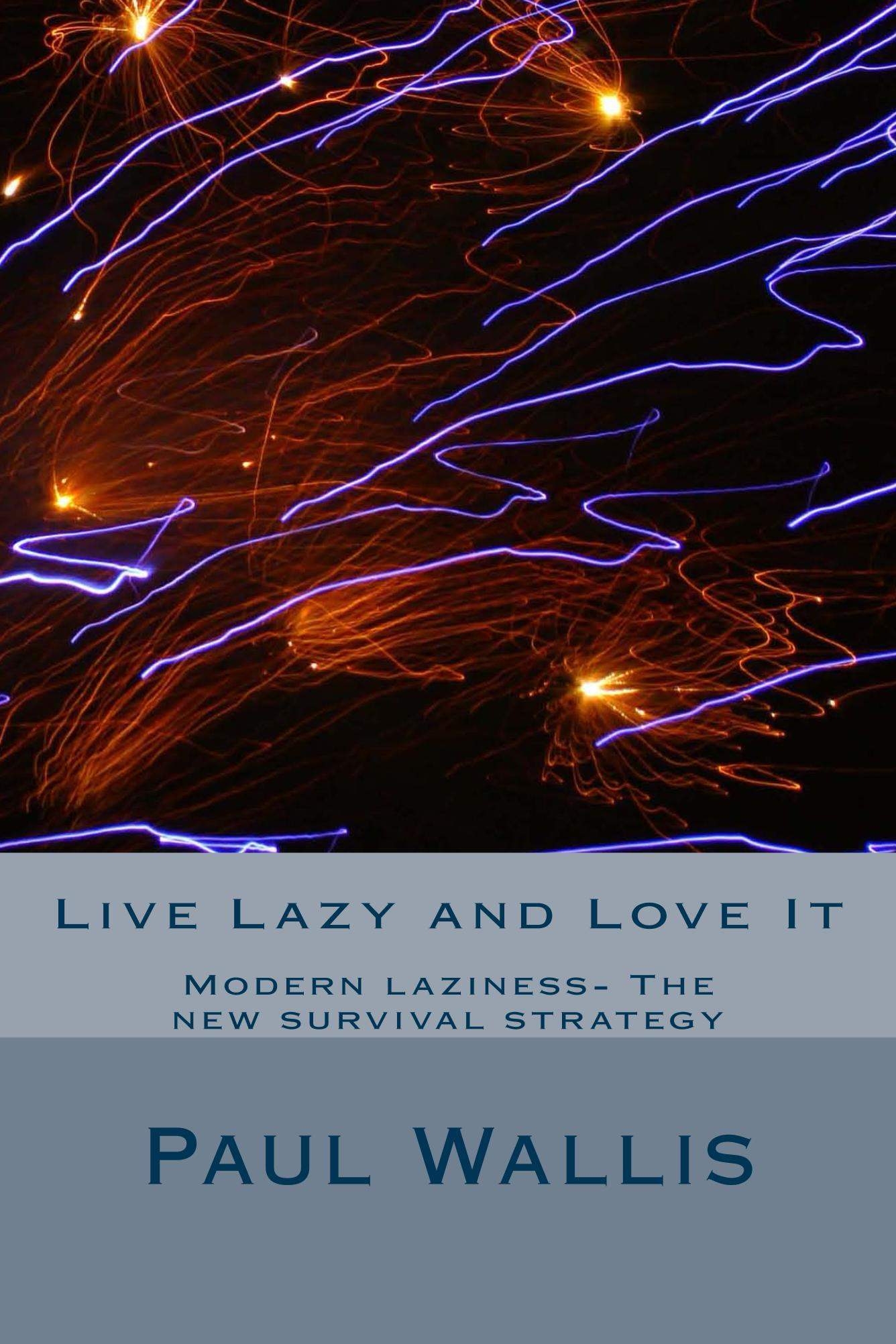 My books Gothic Black, The Art of Being a Somebody, and Live Lazy and Love It are written as slightly (ha!) tongue in cheek books. Gothic Black is a dig at the humourless form of horror writing, including a lot of black humour. How to Be a Somebody is a reassuringly snide, sniping commentary on popular culture. Live Lazy and Love It is based on the theory that if you can afford to be lazy you must be doing something right.

I would like people to like my books. That said – I’m a pretty intolerant writer. I don’t spoon-feed people. I think writing and reading should be meaningful personal experiences, not some droning grade school exercise. If it’s a choice between writing the way I like to write and writing in a conventional form, it’s no contest.

The ethos – I see no reason why any creative person to conform to any norm. To me, that simply devalues the person and their work. A half-arse original attempt at a book is always going to be better than a brain-dead recital of tired, useless old garbage.

Read my books, buy my books, borrow them, whatever. I hope you get something out of them. One of the reasons these books are not with mainstream publishers is because I simply couldn’t be bothered playing post office with a collection of bureaucrats.

I doubt very much whether I would have been able to sell these books to mainstream publishers, anyway. They’re much too different. If that’s not a recommendation for reading my books, what is?

Meanwhile, read, enjoy, and explore the books. Sorry about the prices, but can’t do much about that. I think you’ll find they’re worth it, though.